The texts are in reverse chronological order, as in a blog, except that when I reached something that was very strong I left it at the top and started another page.

The text is in Portuguese, except for quotes and appendixes.

In the beginning I would only show its texts to my 4 or 5 closest friends - its texts were for sharing between our close group and discussing, and for helping me cope with recurring thoughts and phantasms by giving shape to them. They were not for passing as Art. They were personal.

There were no external links to those texts, so Google didn't know about them. I gave the links to a few people - 4, 5, then, slowly, to 10, 20 - always asking them to not give the links to others. 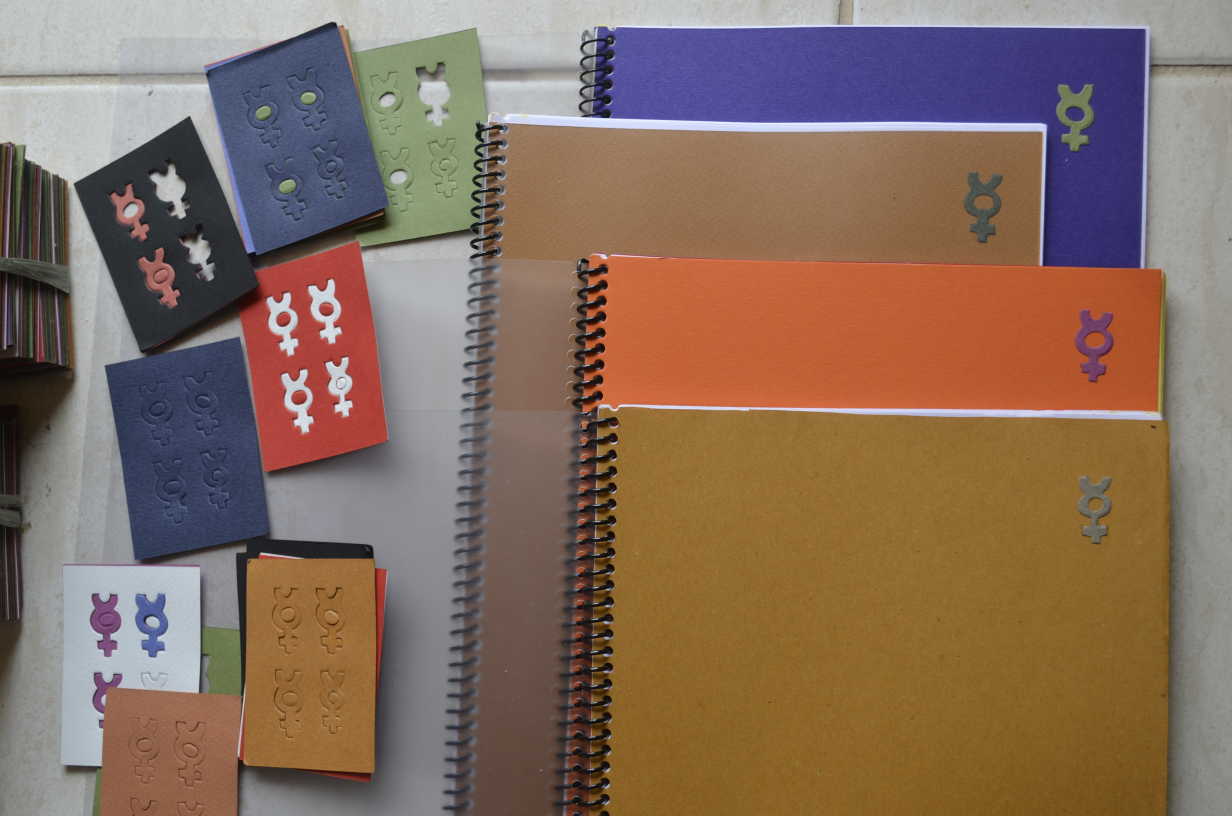 One day a very close friend - a contemporary dancer and choreographer, who was the person who was giving me the most feedback, and we often chatted for hours - asked me if she could show some of those texts to her group for discussion.

For that I produced a printed anonymous version in LaTeX.

With time the printed version got a better formatting, and I produced a batch of mercury signs from colored Canson Mi-Teinte paper to stick them to the covers. The handmade, spiral-bound copies had front and back covers made of sheets of colored plain paper, usually mi-teinte too, with just a small mercury glued to the front. Nothing hand-written anywhere, and no indication of where to find more or how to get in touch. Each copy had different colors. They have a date at the bottom, and I was always finding typos in the PDF and revising it. I would sometimes add more texts, either mine or appendixes.